Did you know that billions of eggs are produced worldwide every year? That’s a lot of zeros! Anna and Dean are excited to tell you more about chicken eggs! Want to hear what they’ve got to say? 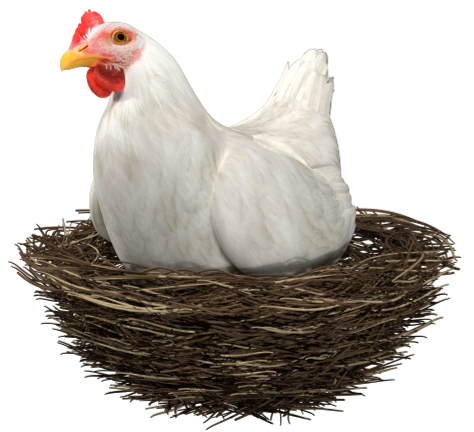 An average person eats 270 eggs per year? That's a lot of eggs! That includes fried eggs, but also eggs in biscuits and cakes.

Eggs in shapes and sizes

There are two types of eggs:

If you want to buy an egg in the supermarket, you might see lots of different types.

Did you know that you can tell what colour an egg will be by the chicken’s earlobe? White chickens tend to lay white eggs, and brown chickens lay brown eggs. But that’s not always the case! Take a look at a chicken’s earlobes If they’re white, we’ll get a white egg! If they’re red, we’ll get a brown egg! But they don’t taste any different. Most eggs are white inside, with a yellow yolk.

Every egg has a stamp on it. This tells us not only where the egg comes from, but also the kind of life the chicken has had. There are four types of chicken sheds, and the type that a chicken lives in is indicated by the number printed on her eggs. 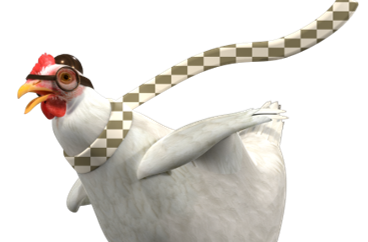 There are even Omega-3 eggs. These come from chickens that have been given extra Omega-3 fatty acids. That’s good for the chicken and good for you too.

Many people say they prefer organic eggs. But research shows that you can hardly taste the difference. What you can taste is the difference between an egg that is freshly laid and one that has been around for a while. 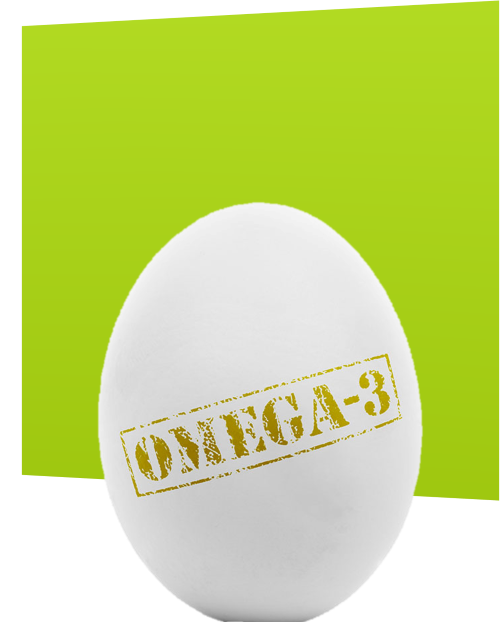 Finally, the egg white and the yolk. An egg mainly consists of what we call egg white. This is the clear, light part of an egg that turns white when you fry or boil it. The yolk is the yellow or orange part of an egg. If an egg is fertilised, the yolk serves as food for a chick. In laying hens, the egg is never fertilised.

Sometimes, a yolk is yellow and sometimes it’s orange. This is determined by the feed. People tend to eat different eggs in different countries. In the Netherlands, we eat eggs with a yolk that is somewhere between yellow and orange. In Germany, people prefer an orange yolk. In Spain, they like a really, really orange yolk. What organic chickens are fed doesn’t affect the colour of the yolk. An organic egg yolk is always yellow. How much corn a chicken eats also affects the colour of the yolk.

Find out more about laying hens and read some fun facts about chickens.

What do you want to know?

What do chickens eat?

From beak to bum

Sometimes, when you’re giving a presentation, you might need to ask the audience questions. Why not test your own knowledge here? You could use them in your presentation

Test your knowledge about chickens

Check out our most recent events and news stories.

Have you seen Anna and Dean’s new film about pigs?